Vigilance and arousal as markers of health/disease. 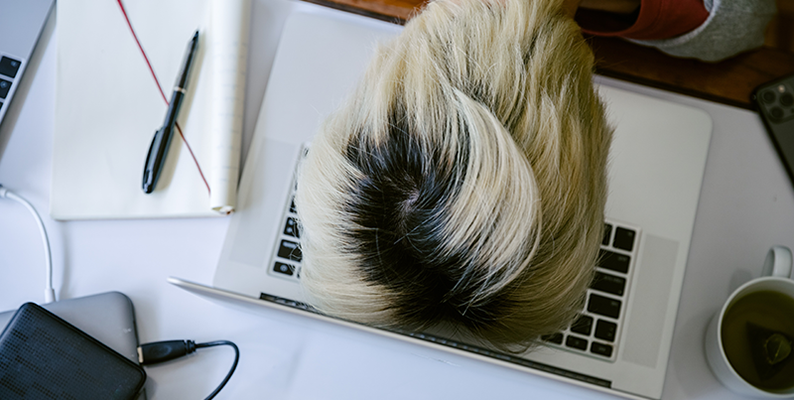 Wakefulness and arousal (arousal and vigilance) are constructs of processes thought to occur in the brain. Cortical and subcortical processes, as well as processes  in the brainstem and vegetative and endocrine processes, play a special role. So far so good!

Of course, concepts about arousal and vigilance involve several aspects. Some of the concepts are general in nature, others are more specific.  Looking at the ways of measurement, it can be said that the Golden standard in arousal is skin conduction resistance. Also significant are heart rate and heart rate variability, and more recently eye movement measurements. The EEG also acquires significance with respect to arousal; with respect to vigilance, the EEG is the “golden standard.”

For the development of vigilance, we have chosen a different model, which I believe is much more accurate than previous models: our main assumption is that there is a difference in the type of processing between the beginning of the investigation of sustained attention and the end of the investigation. As the figure below shows, we assume that some functions change, others less so. The changing functions are likely to have a high correlation with vigilance because they do not exist at all without vigilance (attention, organization, preparatory processes, executive functions, retrieval processes, and relaxation processes).

Why might the difference between the beginning and end of an examination have to do with vigilance? First of all, there are clinical considerations and observations as seen in practice every day: There is often a different clicking behavior at the beginning of the examination (Although this cannot be proven statistically, anyone and everyone who takes the trouble to study the click profile can conclude that in 90% of the subjects there are either fewer errors, faster reaction time, or better working consistency at the beginning). This can be seen only slightly in healthy adults. The behavioral parameters are not excessively different between the beginning and the end, which is not to be expected, since it can be assumed that adults are able to perform consistently for 20 minutes. However, this is likely to be different for children and also for certain patient groups.

The question is how to tell this internal changing state between onset and end set of the test shows? The changes can be clearly shown in the fine methods of EEG’s both in the frequencies of the brain and in information processing. Quite succinctly, we can speak of fatigue. But what is fatigue? Our answer: fatigue is the decreased inner power, expressed in lower possibilities of control and steering, lower power to prepare for the following work, increased hanging and thus lower alertness. If we see fatigue as an internal state of being less awake, we are already very close to the definition of vigilance or alertness.

Information processing processes are represented in the EEG by so-called evoked potentials. These are electrical potentials that are generated by images and sounds in connection with the solving of tasks. The researchers of the GTSG therefore investigated the standardized thought processes during a concentration process and made the discovery that during the thought processes the energy for thinking constantly changes slightly: If consciousness is fully present at the beginning of the investigation, even healthy adults already show slight changes. The division of thinking into microprocesses allows us to define and measure vigilance as a distinct concept. Vigilance processes have been shown to be particularly significant during perception, task preparation, during executive functions, during recovery of functional readiness, and also during recovery. Each of these significant functional principles can be measured in the individual patient and compared with peers. Variations in one or more areas are likely to contribute significantly to stress and instability.

Currently, we are not aware of any method that attempts to operationalize the construct vigilance or alertness nearly as accurately.

Critical thinkers of our time have even suggested to us that this is the best concept to define vigilance in relation to the various stages of thinking and problem solving. The following work will allow us to define the different stages of vigilance while working on a case-by-case basis. We are convinced that this will bring out essential aspects in the field of disease and mental disorders and contribute to a better understanding of the patients’ being. It is also expected that this will allow accurate observations of the way medications work. To this end, the concept will be applied and tested in people with ADHD, schizophrenia, and depression as the first patient groups.

Thank you to all the staff and researchers at GTSG who have contributed significantly to better understanding arousal and vigilance. These include in particular Ilia Pershin and Maryam Rostami, but also Gian Candrian, Marionna Münger, and Gian-Marco Baschera. The project is co-sponsored by Prof. Lutz Jäncke, chair of the University of Zurich. He provided the impetus for the data-oriented development of the construct.