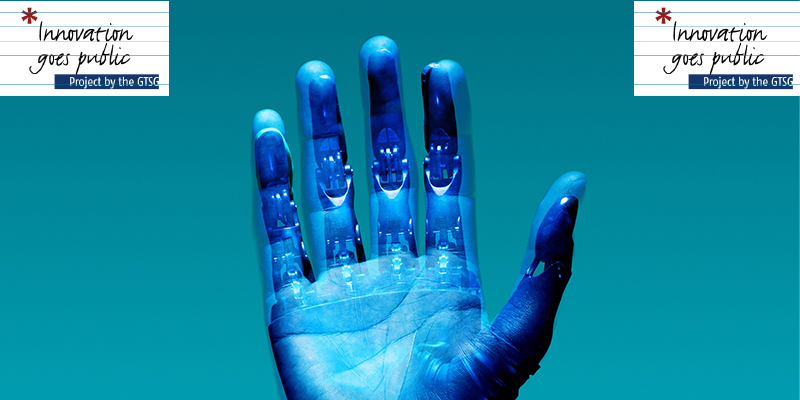 Is it enough to develop innovative concepts without being noticed? The GTSG discussed this question in detail with Prof. Dr. Ursula Renold, representative of the Hirschmann Foundation.

Prof. Dr. Ursula Renold, member of the Board of Trustees of the Hirschmann Foundation, provided groundbreaking support in going public.

Actually, it could be assumed that a method that is successfully applied in everyday practice in various clinics and individual practices will have an easy time establishing itself on the market. The methods and concepts propagated by the GTSG and many other university institutes have been scientifically well tested (a total of certainly 1,000 papers and books on the subject), they improve the effectiveness of psychiatric-psychological work, and there is no doubt that they are also economical, since essential findings can be used for treatment within a short time. However, the difficulties are more complex.

The scepticism of the clinicians

The starting point was the challenge that clinicians are sceptical about methods in psychiatry that aim to provide evidence. The skepticism has many reasons: There is no pressure from anywhere on the specialists, because they have their practice full anyway and the waiting lists are increasing rather than decreasing. There is also widespread scepticism about data-driven procedures in diagnostics and treatment, “you don’t know it”. Furthermore, the dichotomy of soma and psyche is still widespread in the medical field (“then it’s just psychological!”) and opinion leaders never tire of railing against biological markers: “Biomarkers in ADHD do not exist!

People prefer to rely on tests and methods that are known to be significantly less reliable: Between 20-30%, the values of electrophysiological markers are better than those of conventional examination methods. The helplessness that pops up, for example, when the media take up the tiresome Ritalin topic again and turn it into a whipping boy for the pharmaceutical industry instead of standing there and saying, “We lack clear diagnostic markers with which we can clearly determine which drug works how in which patients!”

The innovative concepts of the GTSG must be published

This has resulted in the project “Innovation goes public”. The GTSG was commissioned to look for ways in which the GTSG’s innovative concepts for diagnosis and treatment, especially for people with attention and hyperactivity disorders, could be more clearly perceived in the field of medicine. The Hirschmann Foundation supports the project, for which we would like to take this opportunity to thank it.

The strategy developed in this project includes both top-down and bottom-up information. The bottom-up strategies are easy to establish via social media, websites and newsletters. In this way, each time several thousand people are reached who are in some way connected with the GTSG.
stand. It is more difficult to control the top-down processes. In this respect, however, the circle of interested parties and possible users has grown significantly in the last twelve months. The experience we have gained with large clinics shows us that there is considerable added value in both diagnostics and treatment, especially for patients. These patients receive information that was previously hidden from them. Only the knowledge about which possibilities have to be considered due to the brain functions already results in a new focus, which can be followed by changes. Or as Jeff Bezos, the founder of Amazon, said: “As long as we focus on the added value for the customer, and the competitors focus on us, we will do everything right”.